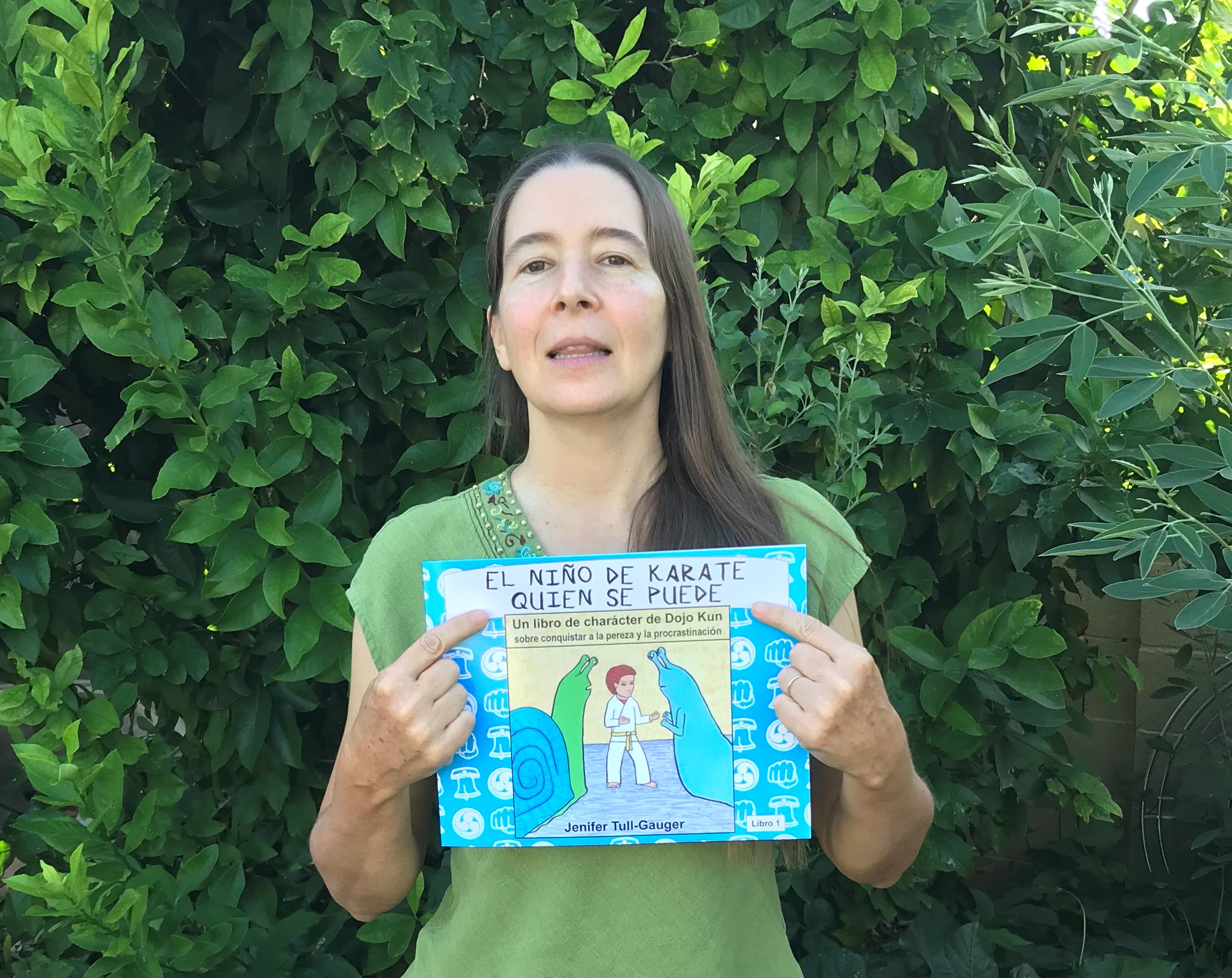 This week, my first Dojo Kun Character Book was released in Spanish. The Spanish version is only in paperback. It is the first to be published in a series of Spanish character-building books. The book is available to order at Barnes and Noble, and most bookstores (both brick-and-mortar and online). Here are some of the popular online links.

I took Spanish for about four and a half years in high school. Since then, I have used some of it but mainly the spoken language. I am not at all an expert in written Spanish. A dear friend of mine kept encouraging me to translate my Dojo Kun Picture Books into Spanish, and finally the suggestion stuck. Translating the first book proved more difficult than I had imagined. But with help from my friends, it got done.

A fellow karate teacher, who runs a program in Colorado, named Dwayn A. Rodriguez Shihan, did the translating. This is an art of its own. I found out in the process how he has a love of the romance language of Spanish. His Mexican grandfather instilled this respect, love and knowledge of the language in Mr. Rodriguez. And both this grandfather and his corresponding grandmother taught young Dwayn a lot of the language.

Onix Gamboa helped to edit and refine the translation, including formatting the length for a children’s picture book. Mr. Gamboa is one of the black belt teachers in our karate program. He was born, raised and educated fully in the Spanish language in Guatemala. I really appreciated that these main people who had a hand in this book not only had a great grasp of Spanish, but they are highly trained in traditional Okinawan karate and teaching karate to kids.

I am grateful to them for their help, and also for other Spanish-speaking friends, and friends of friends. They helped proofread and beta read the Spanish version, called, El niño de karate quien se puede.

I had forgotten some basic rules of the Spanish language since my teenage years, but it was fun to remember them. And there were other parts of the language that I may have never learned, but which interested me as this translation formed. Those are shared in my next blog, here. I do hope you will consider if there’s a Spanish-speaking child in your life who could benefit from reading my first book, to help them create their own can-do attitude. And if so, please consider ordering El niño de karate quien se puede for them!