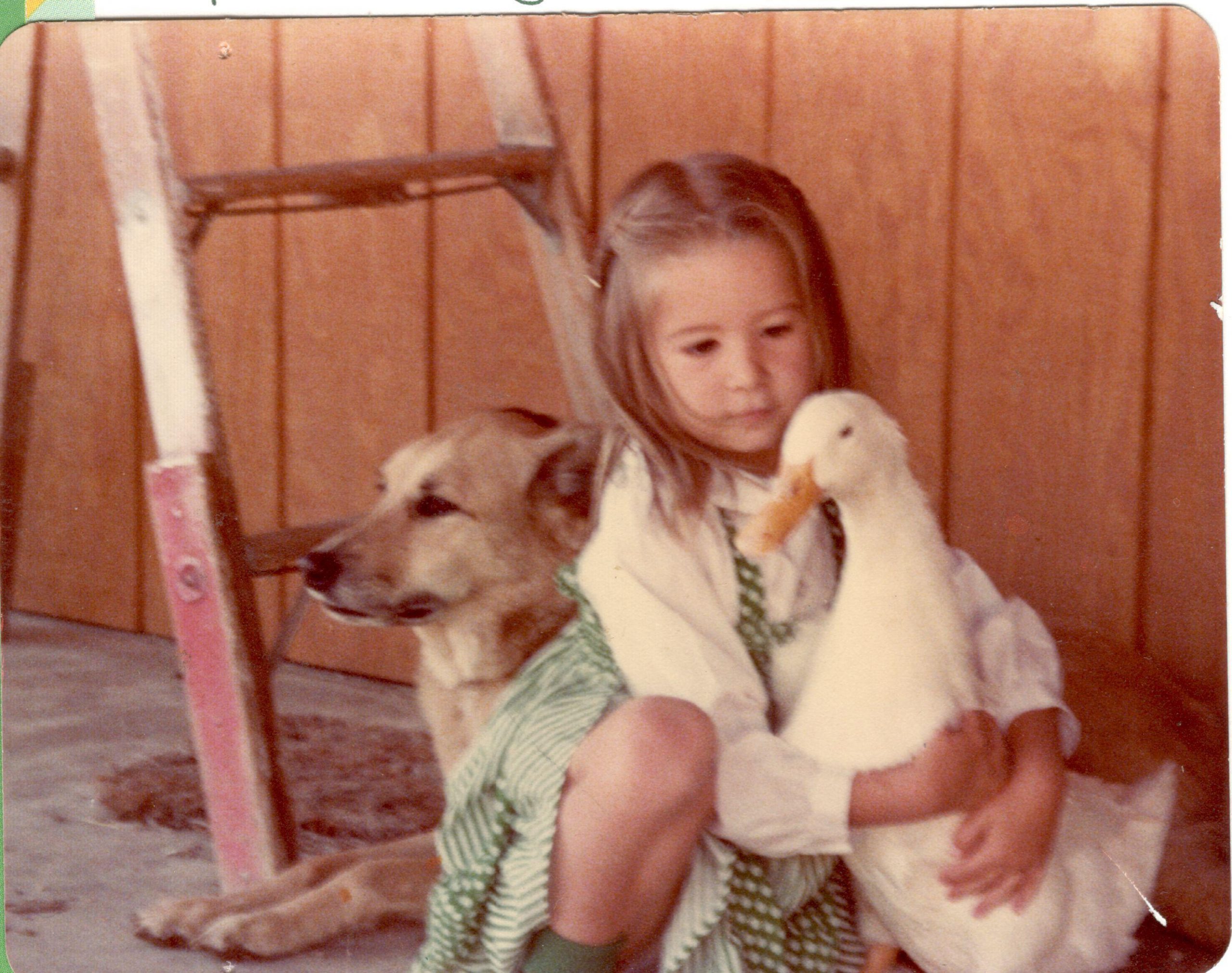 Jenifer was a child of 80s, a painfully quiet girl, and an “old soul” who struggled to fit in with her peers. Then her parents divorced when she was five years old, amplifying her childhood struggles. This is the story of Jenifer Tull-Gauger.

Shuffled from her mom’s residence-at-the-time, to her dad’s, when she woke up each morning, her first thought was wondering where she was. Jenifer’s dad lived in three different places throughout this period, and her mom lived in eight. Her schooling took place in California public schools in the suburbs of LA. In her earliest grades (kindergarten through second grade), Jenifer had to switch schools partway through each school year.

She struggled to keep up with the math that her classmates seemed to already know. Friends were very few and very far between for the outsider, Jenifer. A lot of the other kids were nice to their classmate, Jen Tull (“Gentle”), but they stayed only acquaintances.

Picture books lent a base of comfort to this child with a broken home. At bedtime, Jenifer read to herself. The picture books took her to happy, funny, exciting places. And they entertained not only with words, but with pictures lovingly crafted by many different artists. She loved the art and absorbed the words.

Her schools occasionally published her art and poems in their newsletters. As Jenifer grew, she enjoyed chapter books and YA novels. The words of those stories had similarities to the real-life story of Jenifer Tull-Gauger. They showed her that she was not an outcast; other people had the same thoughts, feelings and struggles that she did. Still, Jenifer held on to her picture books even as she struggled through being a latchkey kid and coming home daily to an empty house, or waiting for late pick-up from school, or maneuvering awkward, painful teenage years.

The Guides in the Story of Jenifer Tull-Gauger

Fast forward a little bit and she married her high school sweetheart whom she had met in art class. They became young parents, and Jenifer’s struggles continued, now on a more adult level. Then Jenifer and her husband, Kirk, found a passion for traditional karate. That was a turning point for both of them. And for their whole family. But this is Jenifer’s story.

Traditional Okinawan karate reinforced traditional values and taught interesting life protection techniques. But it also introduced Jenifer to many mentors and guides. Her mentors genuinely cared about her pursuit of excellence, but also about Jenifer as a person. They helped her gain confidence and realize that she had power in her own life. She learned to talk to people in a meaningful way, both one-on-one, and in groups. She learned goal-setting. One of her first big life goals was to write and illustrate children’s picture books.

Jenifer’s karate instructors introduced her to karate’s Dojo Kun and the teachings of masters who were long gone. Jenifer learned to apply the lessons to all areas of life. Through karate, she transformed herself into a better version of herself.

Step by step, karate belt by karate belt, and piece of writing by piece of writing, over the years Jenifer got closer and closer to creating the books that are now featured on her website. She also started teaching karate students of all ages. She saw that all of the students could become better members of the community by using the Dojo Kun. And she saw that the younger martial artists were able to apply karate values at an earlier age. This earned them even greater success in life.

Why These Picture Books

Jenifer wanted to help children who were struggling through life like she had. But she also wanted to help children who had happier childhoods. And even those who might never do karate. She always had a clear, quiet voice inside that reminded her of her desire to create picture books. The Dojo Kun Character Books bring together Jenifer’s passion for karate and love for picture books. These books are Jenifer’s way of reaching a friendly hand back to younger generations.

These picture books share interesting places with funny monsters. They entertain with pictures as well as words. And they help children learn the character traits which will help them find the power they may claim in their own lives, in order to live better lives.

Quite an amazing surprise came about in the story of Jenifer Tull-Gauger. She did not imagine that creating picture books could be such a great adventure. But for her it is an exciting, interesting, surprising, positive undertaking. She can’t wait to see where it will take her next.