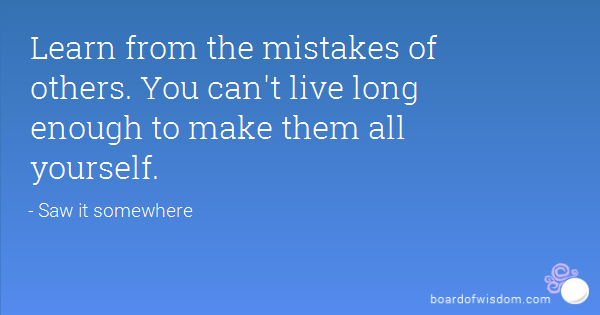 One of the things you can learn from my children’s book, “The Can-Do Karate Kid,” is the moral of this story. That is, it’s not easy and it takes consistent effort to beat laziness and procrastination, but it is worth it to help you find power in your life. There are many other things that readers can learn from both the words and the pictures in this fun, unique karate book. Here are some of them.

Small People can be Powerful and Influential

One beta reader commented on the small size of the head instructor in this story. She is called Renshi. And the other adult black belt instructors at the dojo are bigger than her, whether it’s wider, taller or both. This is based on my truth. When it comes to the high ranking instructors at our dojo, I am the smallest. Yet I am also one of the highest ranks. In my story, Makoto finds his relatively small Renshi’s support and wisdom very influential on helping him to turn his life around for the better. That’s why one of the things you can learn from “The Can-Do Karate Kid” is that small people, and women, can be powerful and influential.

Another one of the things you can learn from this book is that karate teachers can be understanding and forgiving. Many people, especially kids, and maybe for good reason, have a certain stereotype of the drill-sergeant-like sensei. These people imagine an unsmiling disciplinarian who is ready to yell at you at the drop of a hat. In the story, our main character, Makoto first fails his karate test and then has to face his karate instructor (Renshi). He dreads this encounter. But we see Renshi acting kind, fair and helpful while she also follows through with enforcing the expectations of the martial arts rules and traditions.

Kids can Improve their Own Lives and Find their Power

At first, Makoto’s parents barely pull and prod him through the daily things he needs to do in life. Luckily he has a wake-up call and he decides to change his actions so he can meet his goal of testing for a new belt. Makoto is the one who has to do the hard work of getting out of bed when he’s tired, and other things. And he is the one who reaps the rewards after a while of working toward a more positive, accomplished life. And it’s all done by an elementary school aged boy.

Things You can Learn: We all Struggle with Laziness and Procrastination

Here is an interesting story in the making of “The Can-Do Karate Kid.” Originally, I capitalized “Laziness” and “Procrastination” throughout the text except for in one spot. These are the names of the bad guys, a snail and slug monster which Makoto must fight. That one spot where they were lower-cased is when Renshi names them, saying, “Laziness and procrastination are our two biggest enemies.” I had left them un-capitalized because she was literally talking about these traits – not the slug monsters. After an early editor noticed this single incidence of lower-case, she thought it should be capital. I said, “I suppose Renshi is very familiar with these monsters herself.” We all struggle with laziness and procrastination. That’s one of the things you can learn from the book.

People of all Shapes, Sizes and Ages can do Karate

One beta reader said some of his favorite illustrations depict the many people in Makoto’s dojo. When you see these, you see a wide variety in both the students and instructors. That is true for the students under black belt. But the variety exists in the black belt instructors as well. As far as age goes, you have a couple of junior black belts, up to an older and graying-haired Sensei. These instructors represent a lot of different ethnicities, male and female, thin and overweight.

All of them got to black belt and continued their dojo involvement. Perhaps that is why the students who attend that dojo also represent a great diversity of people. One of the things you can learn from the book is that people of all shapes, sizes and ages can do karate. Not only that, but you can get this idea from one of those pictures alone.

Things You can Learn: Women can be Bald

The most controversial issue among beta readers was that the Renshi, who is female, is bald. There were some readers who really didn’t like that. Others didn’t even care about her queue-ball head. There are various reasons women can be bald including choice and health issues. I once read an article about a dojo owner who had an incurable yet innocuous disease that caused him to lose his hair. That can happen to women too.

What if it were to happen to a woman such as a karate teacher? One who’s life mission was to teach an active class where she exercises, sweats and moves a lot, such as karate? In this case, I know that the chance of her going bare-headed and not using a wig would be extremely high. That might turn off some potential students. But they would be missing out by judging the book by its cover. Kids can learn from “The Can-Do Karate Kid” that women can be bald. And I hope they will learn from the story that we don’t need to treat bald women any different than we would treat any other human being.

Recently, credit has been given to Eleanor Roosevelt for a wise quote which is more likely an anonymous bit of folk wisdom. It is, “Learn from the mistakes of others. You can’t live long enough to make them all yourself.” It is in that spirit that I hope my book will crush assumptions and stereotypes. I also aim to help readers learn ways of identifying, fighting and ultimately defeating Laziness and Procrastination. Because those monsters do show up in all of our lives. Makoto can show us the way, as he walks the karate path with his Dojo Kun character. As one of my instructors, Newland Renshi says, “Karate means ‘empty hand’ and that signifies an open mind.”

Being a Writer: Top 5 Favorites

Butterfly Poem & This is Buggy

Making a Book with Procrastination