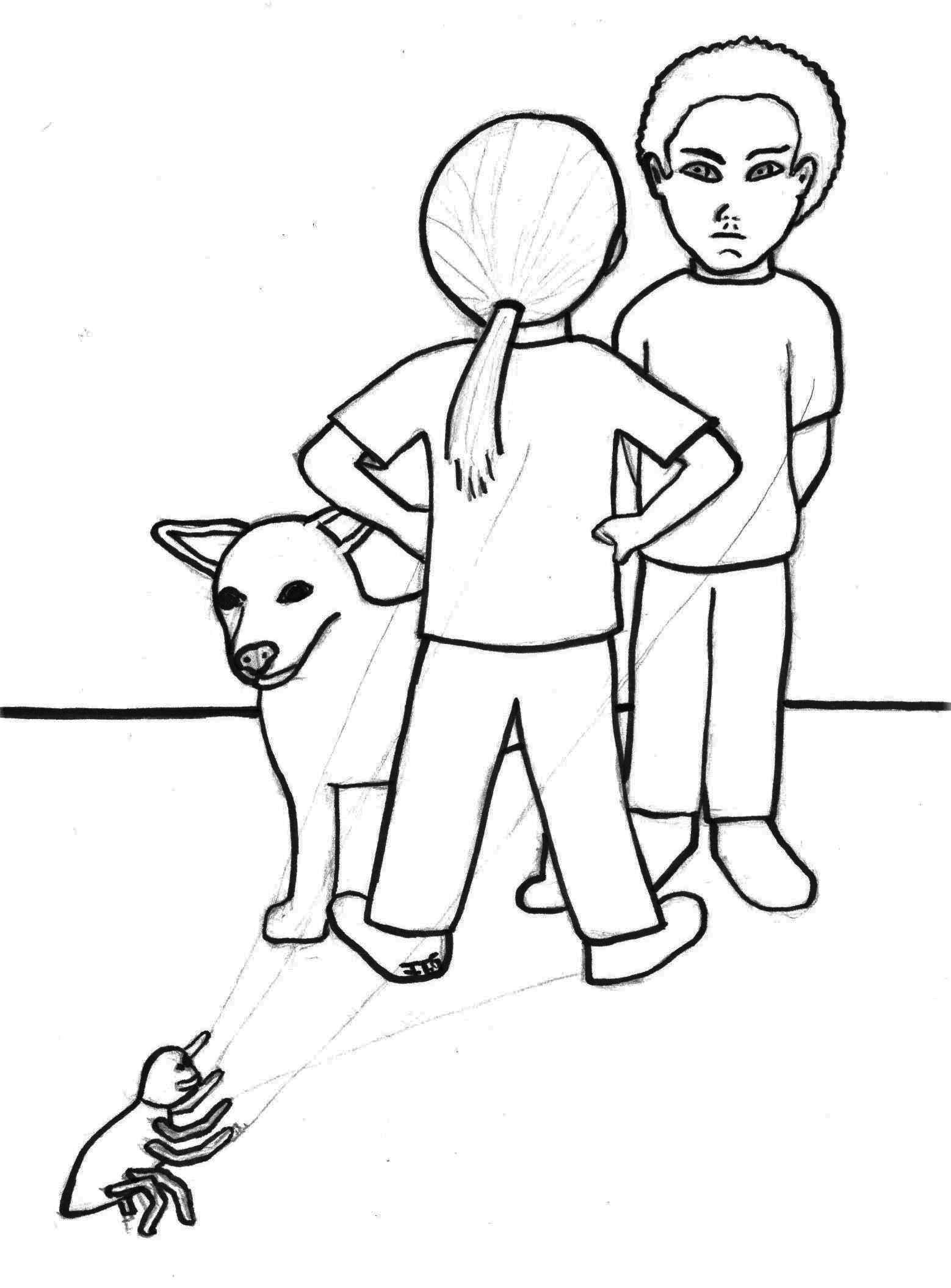 I’m diligently working on the illustrations for my second book. In the meantime, here are some of its karate picture book particulars.

SETTING: Modern day America, mostly in two homes and a dojo influenced by the values of traditional Okinwawan karate. (Some of the scenes occur in an imagined place with a Dishonesty spider. The spider also appears in the more realistic illustrations.)

Dishonesty: a spider monster that changes size. (Is it really there, or is it imagined?)

NARRATIVE CONFLICT: Man against self.

CONFLICT IN DETAIL: More specifically, the conflict is about two kids against dishonesty.

PROBLEM: Good friends and karate kids Michi and Makoto have a lot in common. That includes their love of dogs and desire to have one for a pet. When Michi gets a dog and Makoto cannot have one, Michi is afraid that their friendship is in danger. She only wants to be a good friend when Michi lets fibs and lies creep in. Dishonesty grows and spins webs to tangle both friends. Things are so messed up that Makoto doesn’t even want to be around Michi anymore. Can these two find a way to break free from dishonesty and save their friendship?

This, my second karate picture book, will be coming out soon. In the meantime, have you heard the details about my first book? It is available now on Amazon in hardcover or paperback. You can also request it at your local bookstore or library. And, it also has a companion coloring book available now.

DOGGY SWEATER, a Poem for the Young at Heart