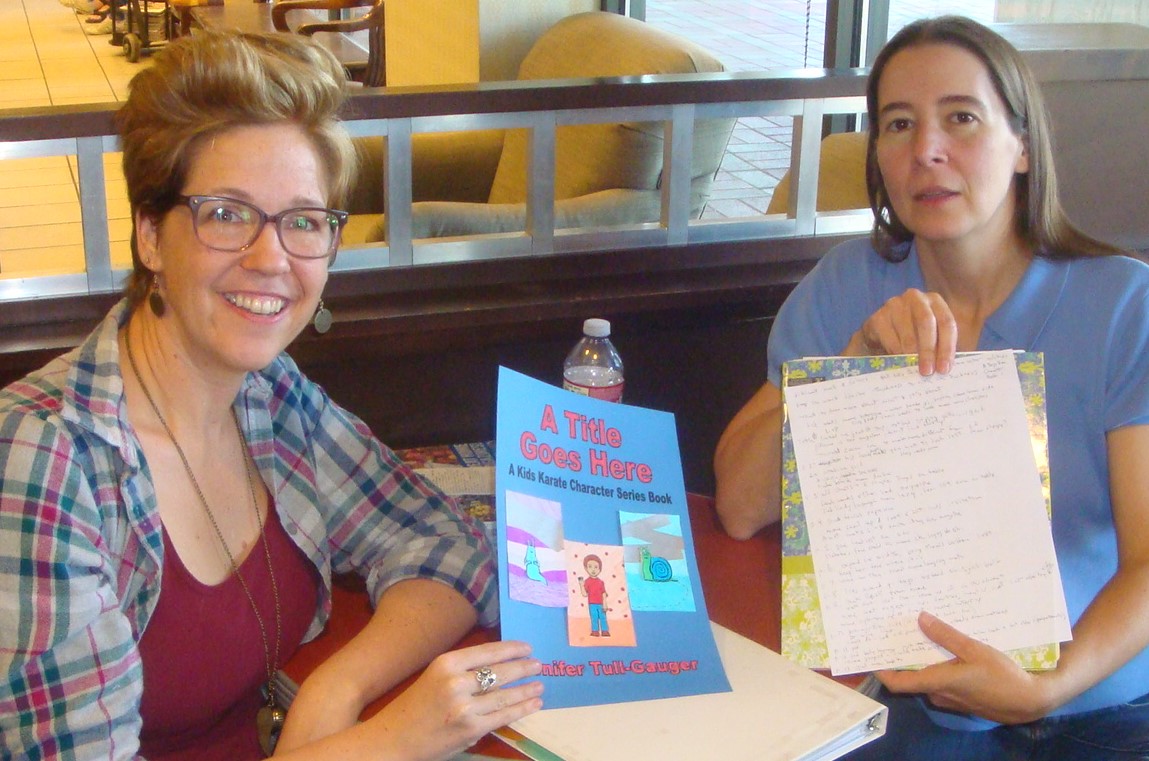 It’s important to have somebody else check and proofread your work. That is true for editing writing as well as illustrations. It was greatly helpful and interesting to have other artists give picture book illustration feedback.

I found all of the input from artists very useful in improving the illustrations for “The Can-Do Karate Kid.” Mel took a look at my preliminary sketches and spent a lot of time critiquing. I took more than a page of notes. For example, the dining table only had the one chair where Makoto’s sitting. Mel asked, “Where are the other chairs?”

I looked at the sketch and just laughed. This probably should have been an obvious addition, but I’d overlooked it. She also suggested putting some things on the table other than Makoto’s breakfast plate. Thanks to her critiques, this picture improved.

In addition, in the picture book illustration critique, Mel said the snail, Procrastination, looked too nice and serene in the following picture. Since then, I have struggled to try to make him more sinister.

Even though the sketches for my picture book illustration were just pencil sketches, there were a lot of them and I had spent a lot of time on them all. Mel gave a lot of suggestions for making improvements by amending parts instead of re-doing whole pictures. After a lot of editing and coloring, I finally had some finished art to consider. I was grateful for all of Mel’s thoughtful advice.