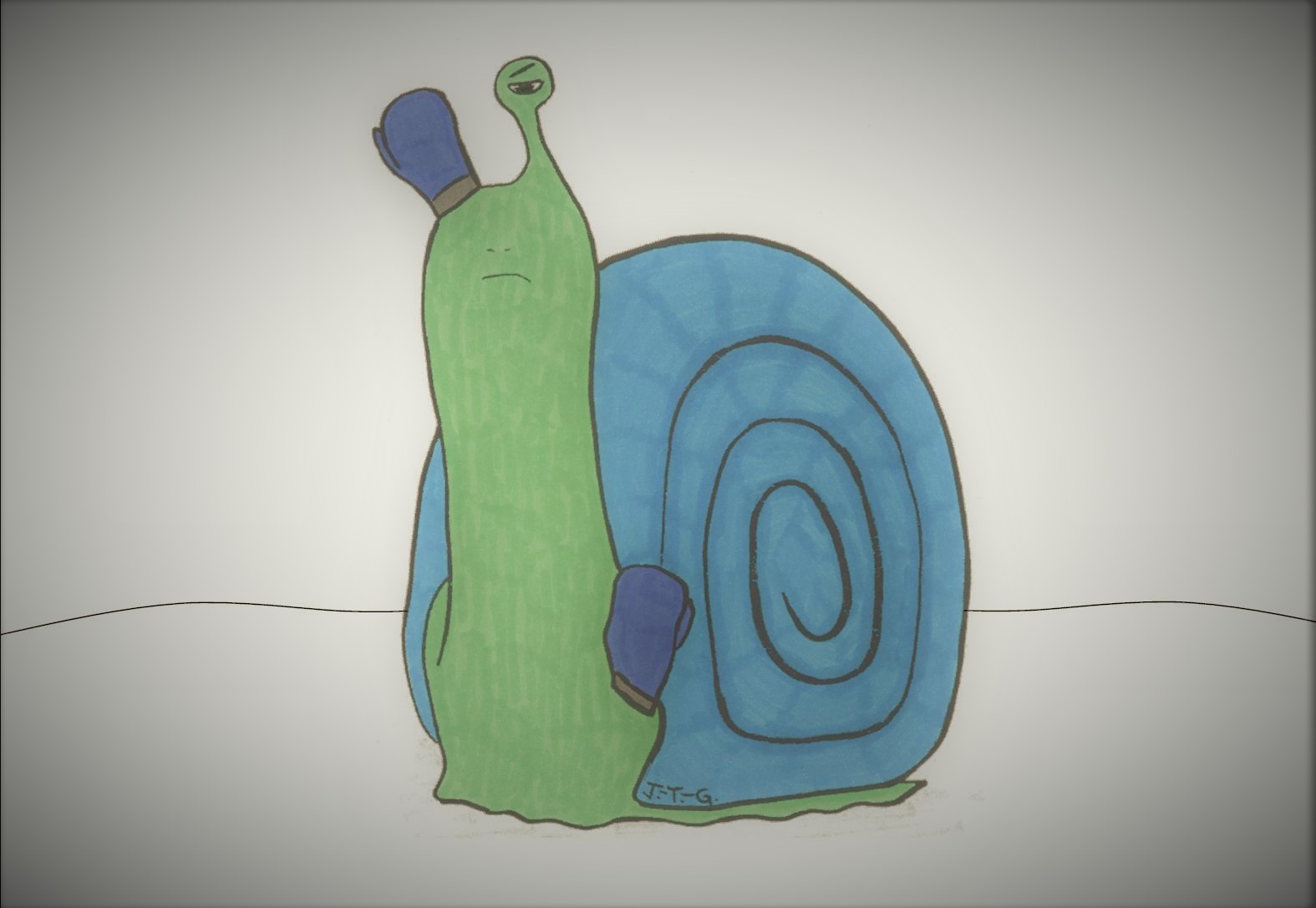 Procrastination is the name of the snail monster in my first children’s picture book. He is a bad guy in the story and as such, Procrastination likes and dislikes certain things. He is also the symbol for his name’s meaning. Makoto, the main character, thinks this snail is a cute, harmless little guy. But then he finds out that the snail monster can get bigger and influence him to put things off. In the book, this happens so much that Makoto’s life is negatively affected.

My kids’ karate picture book helps children learn about Procrastination, and his friend Laziness. But here, we will learn a bit more about the snail monster character, such as who Procrastination likes and doesn’t like.

One of the people that Procrastination likes best is Leonardo Da Vinci. Did you know it took Leonardo 16 years to finish his famous painting, The Mona Lisa? And it wasn’t a particularly big or involved painting. (Just one lady sitting there, not even her whole body.) Another favorite of Procrastination is Mark Twain, who said, “Never put off till tomorrow what may be done day after tomorrow just as well.” Mark Twain must have been a master procrastinator since he didn’t just put things off until tomorrow, but the day after tomorrow.

Some people that Procrastination would not want to be around are go-getters. They get things done, now. And they are leaders who inspire others to do the same. One such person is Richard Simmons. Richard Simmons is a high-energy fitness instructor who taught classes on TV. He’s now retired, but he has the knack for motivating people to get moving! Another motivator is the “Not Your Guru” Tony Robbins, the well-known motivational speaker and inspirational leader. Mr. Robbins inspires people to go for the things that they need and want in their hearts. Not to put it off, but to take action immediately. These are qualities that our antagonist dislikes enjoys.

The qualities of this snail monster have their time and their place. But it is too easy for him to take hold and run amuck in your days. He can ruin your life if you let him. (That’s what happened to Makoto.) If you, or someone you know (your children, perhaps?) have become too friendly with procrastinating, here’s an article to help!