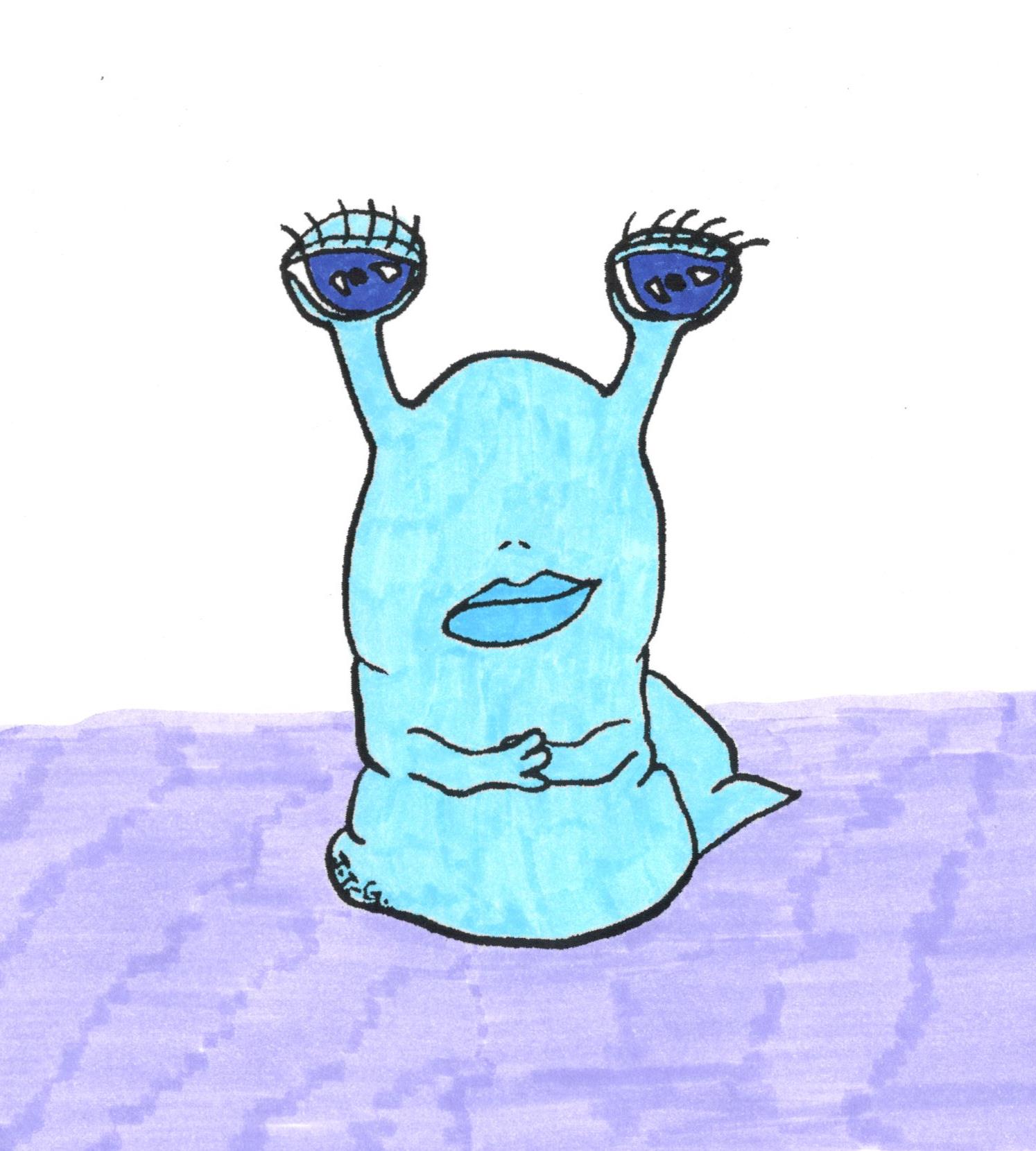 Laziness is the name of one of two major antagonists in my children’s picture book, “The Can-Do Karate Kid.” Laziness is depicted as a blue slug monster with arms. Both Laziness and the other antagonist, Procrastination, are able to change sizes depending on the situation. They most often are a few inches tall and hang out on the shoulders of the main character, a boy named Makoto. Not seen in the book, here’s a picture of Laziness as a Baby.

I think he’s a cute baby. But he weasels his way into your life and gains control. Laziness as a baby is small and harmless. When you’re young, you have a natural liking for him. Laziness grows up to say things like, “Why bother?” He convinces you to only use a minimum of effort and to only do the things you absolutely have to do. Our main character, Makoto, realizes that Laziness is causing him a lot of trouble. Then he learns to find his karate power and fight off Laziness.

Here is the dictionary definition of the word laziness. And here’s a kids’ video about beating summer laziness which can help you year-round. (I love it because the first tip is about writing and keeping track of your goals).