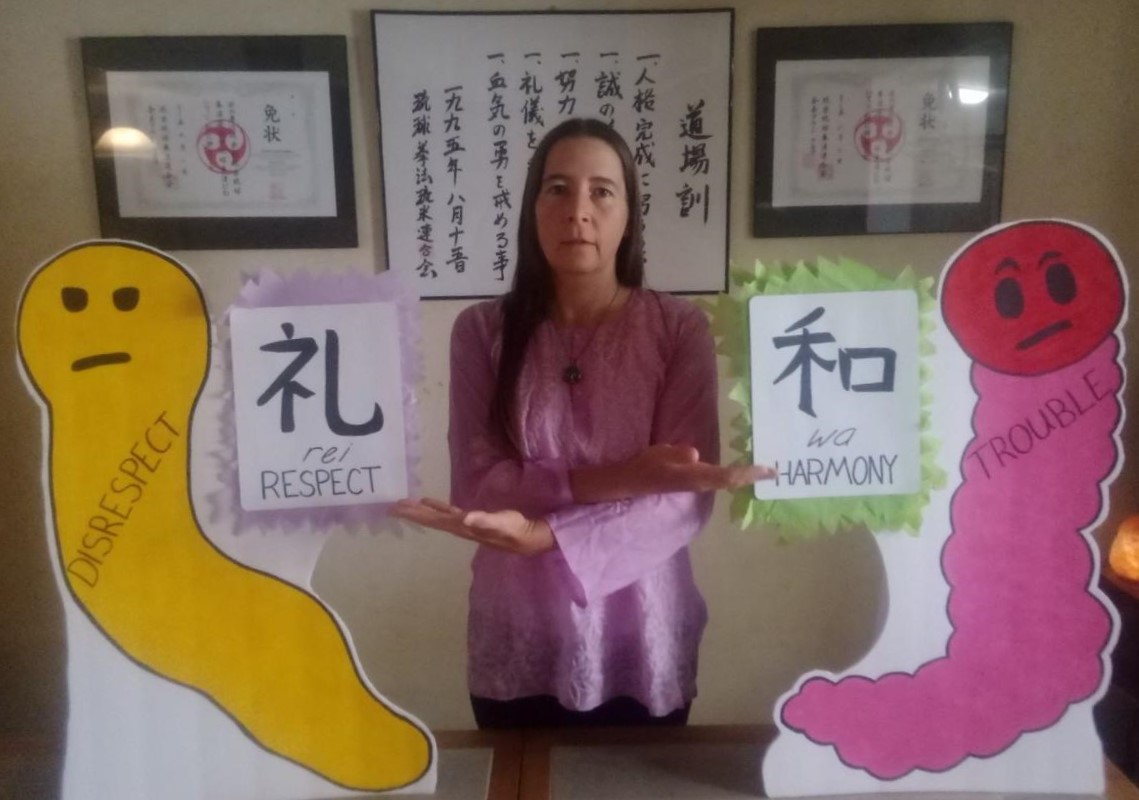 When my fourth book, “The Nice, New Karate Kid,” was still in the planning stages, I had some ideas set for the characters. I knew that a younger cousin would bring Disrespect with him everywhere. And soon after that idea gelled, I wanted Trouble to be part of his issues. This poor kid would have the negative character traits of Disrespect and Trouble, and they would follow him everywhere. As long as someone has good intentions and methods, I would always wish for them the opposite of trouble. That’s the struggle of the story in this book.

Over the years, I have known many people (some my own cousins and some not related) who seem to have trouble follow them everywhere. For some, trouble has come in the form of accidents. For others, it’s getting on the wrong side of authority figures. The new karate kid in my fourth book would have a mix of a bit of both. With no bad intentions, though. He just seems to have Trouble follow him everywhere. And Disrespect plays a big part in his problem. He just doesn’t know about respect and … the opposite of trouble.

While preparing for the launch party for “The Nice, New Karate Kid,” I needed a good antonym for the word trouble. And it had to be in regards to an antidote for the type of Trouble monster that plagued the new karate kid. This was no easy task!

I came up with “auspicious” but that word was not direct or straight forward in meaning. “Ease” also popped into my head, but it wasn’t quite right. I was stumped. My youngest kiddo mentioned “calm,” but that didn’t quite fit the bill either. What is a karate teacher to do when faced with a picture book writing or illustrating conundrum?

Who Could I Turn To?

I did what I have done several times, and always with excellent results. I consulted the kids and adults in my karate class. These smart people have not let me down when I’ve asked for opinions, advice or brainstorming sessions for my picture books. Karate students came up with many antonyms for trouble: peace, calm, reward, success, peaceful, easy, redemption, well-behaved, luck, respect and harmony. I still had to consider the list overnight, but finally settled on harmony as fitting the concept the best.

And, I was able to find the kanji for harmony, pronounced wa in Japanese. And the meaning fit well for my story. The base characters point to the meaning of wa as the concept of working well together in a community. It’s an important Japanese cultural concept. But that is another story for another day. For now, I no longer have to say I wish you the opposite of trouble. With a little help from my karate friends, I can communicate more clearly to say, I wish you harmony!