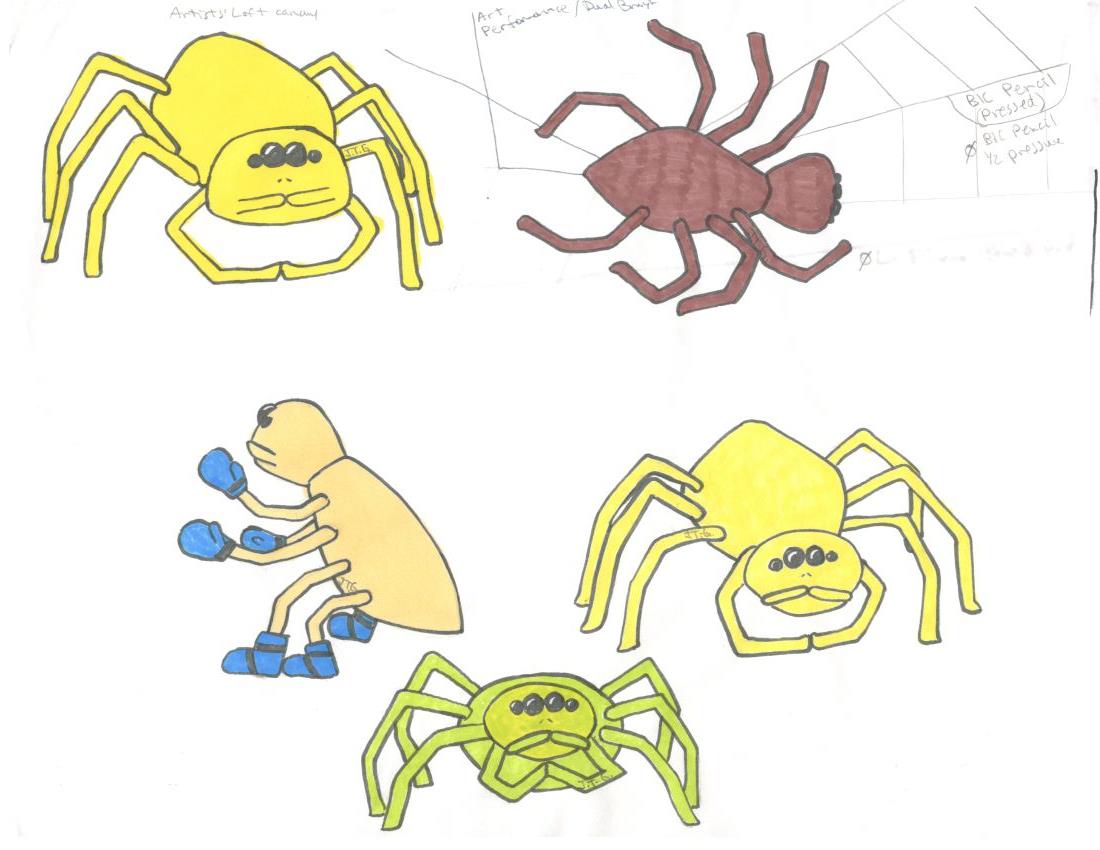 Currently, I am working on finishing up the illustrations and the cover art for my second children’s character-building karate picture book. The antagonist in it is Dishonesty. I decided to use a spider monster to symbolize this negative character trait. Have you heard this Walter Scott quote? “Oh what a tangled web we weave when first we practice to deceive.” It kept coming to mind while I worked on this story. Here’s my first concept art for illustrating the dishonesty spider.

Part of the problem was that these spiders are too cute and friendly. The spider is the bad guy in my story. I have nothing against spiders, in fact I respect and even like them. Especially jumping spiders. In my research I came across one of the cutest little jumping spiders ever. Have you seen Lucas? He’s likely to make you smile. Here’s Lucas on video on Digg and on LaughingSquid.

Anyway, for my book illustrations, jumping spiders are just too cute.

In my book, the Dishonesty spider sneaks in to Michi’s and Makoto’s lives. It weaves a tangled web and puts their very friendship into dire danger. It will take some major truth and character work if they are going to continue to be friends. For the illustrations, I had to make the spider more sinister looking, more like this one.

I looked at more ominous and serious-looking spider pictures. After some advice from one of my art critiquers, I came up with this for my second round of concept art.

Michi as a Baby: a Main Character Portrait