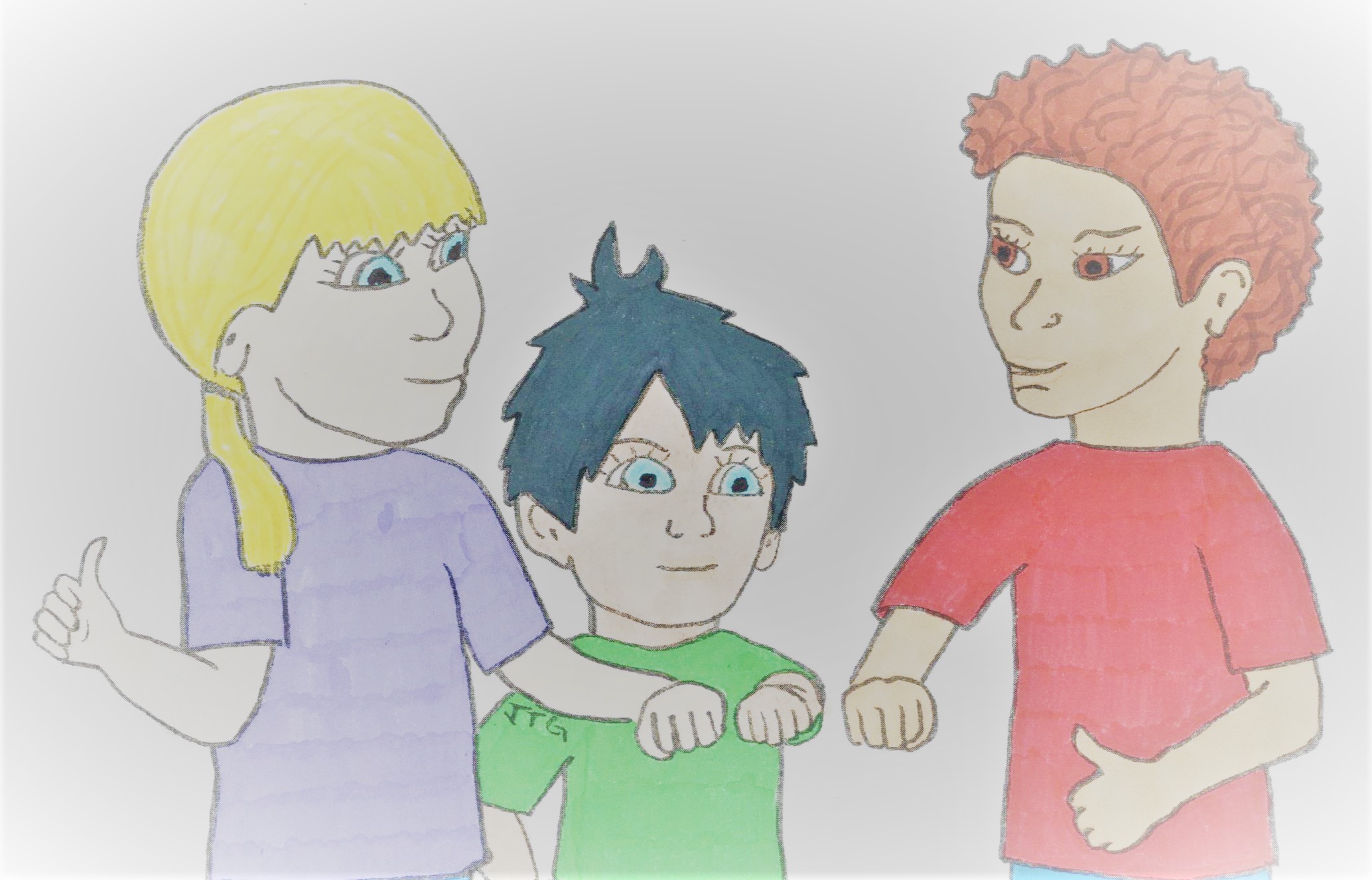 My fourth karate picture book in the Dojo Kun Character Book series is The Nice, New Karate Kid. In this respect picture book, the main character children deal with disrespect and trouble. Here are some of the major details about the story.

Modern day America, mostly in a dojo influenced by the values of traditional Okinwawan karate. Some scenes take place in a home and an ice cream parlor.

More specifically, the conflict is about children fighting against disrespect and trouble within themselves.

Damian brings Disrespect and Trouble with him everywhere, including the karate dojo where we see him arrive for the first time. They help him to be a wild child and just cause problems! Michi and Makoto take on the mission of helping Damian learn to get rid of Disrespect and Trouble. But can they do this in a respectful and harmonious way? Can they learn to use positive leadership and let go of their young charge so he can do his own karate, and ultimately lead his own life, ideally, free from Disrespect and Trouble?

Do you want to help the children in your life learn to recognize and fight disrespect and trouble? It’s available at Amazon, here, or Barnes & Noble, here, or at any bookstore. Order this respect picture book today!

How I Came to Create a Children’s Book

From the Archives: Fred McCready Learns to Say Yes