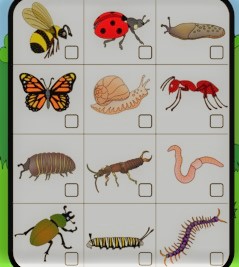 I am now on track and working daily on the illustrations for my third children’s Dojo Kun Character book. Here’s the link for my other character-building books. The first one has a Laziness slug monster and a Procrastination snail monster. The second book’s antagonist is a Dishonesty spider monster. The third book’s villain is a Quitting monster. And the form it takes has not yet been revealed.

The bug in this book symbolizes giving up and its purpose is to teach kids about perseverance. I have done a few pictures of the size-changing Quitting monster. I was delightfully surprised at how much fun I’m having sketching this antagonist. Only a few people have heard what type of creature this will be. Hint: so far, all of the antagonists are based on real critters. One person seemed to think it unfair to have this creature symbolize quitting.

Unfortunately though, someone, and in the case of my books, something has to be the bad guy. That being said, it’s not always black and white. Remember Laziness from my first book? In this article, laziness is listed last and it’s shown to have good qualities.

But back to my books’ antagonists or bad guys. I have nothing against slugs and snails except when they mow down my young garden plants. And I love spiders and their helpfulness, except for when they bite us. And the bug that inspires the quitting monster is nicer than all three of those combined. I’ve played with these guys since I was young, in fact they were a big part of some of my make believe games with friends. I love nature and all of her miracles, including all of these types of creatures.

The Background behind a Bug to Teach Kids about Perseverance

I needed inspiration for the monsters symbolizing negative character traits in my children’s picture books. And, keeping young children in mind, I didn’t want them to be too terribly scary. So I use real creatures to bring some familiarity to the pictures. Add on to that, these antagonists represent negative traits that we all have in us, which we must fight against. That includes laziness, procrastination, dishonesty and quitting. All of these things can be fairly harmless or not too destructive. That is, until they are, and they cause problems in our life.

The Quitting monster’s purpose is to teach kids about perseverance. Before I reveal what he looks like, though, I wonder if anyone can guess what form this creature will take?