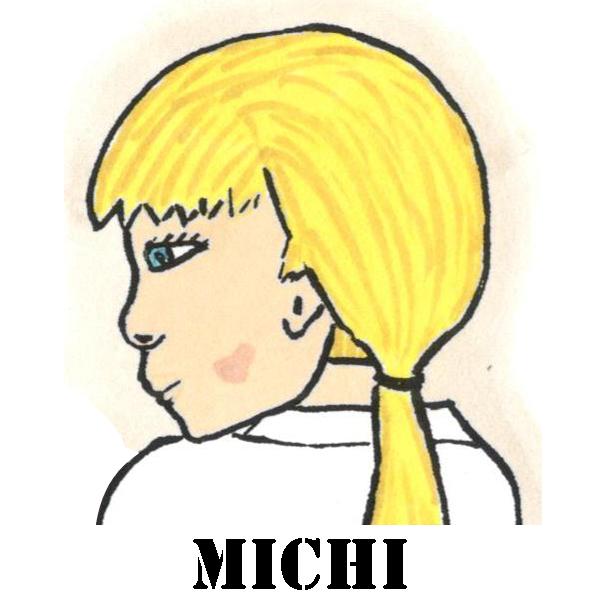 Michi is the main character in my second children’s picture book, which will be coming out this fall. She is a nine-year-old American girl with a Japanese name. By the way, her name means righteous path or way. In the book, she battles with dishonesty and has to learn how to be truthful with herself and others. Today we get to learn about 10 things in Michi’s room.

The biggest thing in Michi’s room is the bed. It is a pretty day bed made with a decorative metal frame. It is painted white, and has a lavender colored comforter.

Michi’s favorite soft blanket is folded in half and placed neatly across the frame at the foot of her bed. Most people would call this a throw, as it’s a relatively small blanket. She likes to put the super soft blanket over herself whenever she wants to relax like while watching TV. It has a nice color scheme of soft purples and blues in its varied design of stripes and swirls.

The next biggest thing in Michi’s room is her desk. It is white and has a matching chair. Michi does her homework and works on her art at this desk. She also keeps the book that she is currently reading at the top of her desk.

Her desk is a special one for creative people. It contains many storage spaces for her arts and crafts supplies. Michi mostly uses the paper, sketch pads, pencils, pens and crayons. She keeps many craft supplies and kits in her desk storage. But they are neatly organized and pretty looking; she rarely uses them.

Michi received a karate belt display for her last birthday. Her dad hung it on the wall and she keeps her belts there. It is a reminder of all the other belts she can earn in karate.

A high shelf in Michi’s room holds her baby picture. With her short blond fuzz, she looks nearly bald. But she was a very cute baby as you can see from the framed picture.

Michi keeps her stuffed animals in one corner. She has so many that it’s nearly a tower of cute fuzzy toys. From teddy bears and all kinds of animals, to cartoon characters and even some people, she has nearly every kind of plush toy you could imagine.

Framed on a wall, she has a martial arts Tigress poster. And hung on one corner is a blue ribbon. Michi won this at a special karate picnic tournament she attended with her dad.

A large, pink piggy bank sits atop Michi’s clothes dresser. She has a few coins in it. But not many, because she often removes the bottom plug to get to the money and spend it on little toys and craft supplies.

Last on this list of things in Michi’s room is the first thing that starts her day: her alarm clock. It is a digital clock, silver with purple trim. It has different soothing nature sounds to start her day which start out quiet, but increase in volume until she turns it off. Michi can pick from whales, wind, waves, frogs or birds. She mostly uses the setting for bird songs.

For the most part, Michi’s room stays very neat and tidy. It’s nice that she has a place for everything. But I hope she doesn’t compulsively return all of her items because she’s worried about what people think of her. I hope she can relax and be herself, especially in her own room.

If you want to find out what the main character of my first book has in his room, read on here. His name is Makoto and he is Michi’s friend.

Symbol for Ryukyu on Book Cover